An ASAP experiment designed to generate hunches not scientific facts.

This experiment is designed to answer:

Where
Bastion reef is ideal location because divers do not go there. The mussel population does not look to be harvested presumably because it is too close to city runoff. There are blue mussels present but there numbers are relativly low. It is also easily accessed by Kayak so I will not have to scratch anyones nice boat.

Design
Three cages 300x300x900mm (joined for stability) enclose 3 mixed bird netting wrapped bundels of test substrate at two different levels. The top level bundels (above 200mm) should be wire tied to the inside cage lids and should be at least Xmm above the sediment. The 3 mesh sizes test spotty predation the two heights test sediment effects.

A cow tag with a note about the experiment with my contact details was attached for curious divers (or if it gets washed up on the beach). Each bundle was clearly labled (cow tags) just incase they get mixed up.

Bricks(2) will be added inside the cages to compensate for the floatation provided by the plywood. Four large concrete block anchors attached by rope to the plywood and 20mm pegs should hold the cage still.

A. Coconut fibre (a door matt, welded with latex)

Substrates to try in the future:

Just off the edge of the reef, on the southern side.

No holes in my wetsuit! (yet)

“Most spawning occurs in late spring to early autumn, but larvae can be present all year. Sexual maturity has been observed in some populations to begin from 27mm shell length, with most individuals sexually mature by 40mm shell length. Sexual maturity is reached in the first year, and females can produce up to 100 million eggs per season. Fertilisation is largely dependent on the proximity of adults.”

Monitoring
Check it once a month (take a brush to clean muck of cage surfaces), after 3 months or before the cage rusts too much the 6 bundels of substrate should be opened up on the beach. Each substrate photographed with a macro lense. Ideally it is then relocated somewhere with no mussels and no reef (for spotty to hide in) to see if transporting spat only to seed locations generates a mussel reef.

The photographs should be shown to marine scientist who can show me how identify spat. I can then count spat and work out spat per square cm or something. 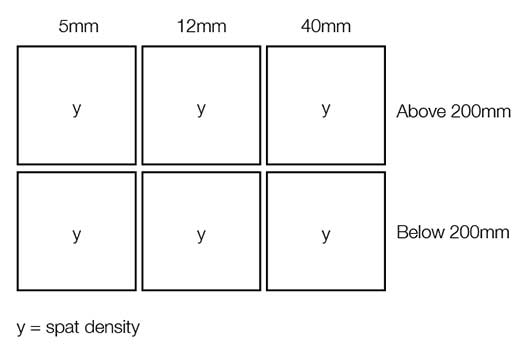 No movement of the cage. Lots of marine growth and sediment, several small spotty (I didn’t see any on installation). Cage cleaned off (a bit). I took this video pre-clean.

Coir and cabbage tree leaves had the most suspect spat (I could not confirm without a microscope). Use a microscope to look for spat as you need to look at anything suspect from more than one angle.

The manuaka had the most hydroids (or fine branching structures) growing on it. This is significant as Hydroids are know settlement structures.

Several starfish including 11 arms in the control cage. Shrimps and all sorts of crabs but mostly half crabs and decorator crabs ,all sorts of young shells from whelks to turbans. Lots of other marine growth and invertebrates I could not identify.

Surprising lack of holes in my wetsuit! The hardest thing was lifting the bundles in trash bags back onto the boat by myself.

RECOMENDATIONS
The lack of settlement in all cages suggests spotty are not the main problem at this site. A cage placed higher up in the exposed tidal area would be interesting, as there must be settlement near the existing adult mussels (2 meters above where I had my cages).

UPDATE: Nov 2016
Worth noting nearly 2 years later that parts of the cages are still intact. There are beautiful hyrdroids and finger sponges growing on them and some not so welcome invasive clubbed tunicates. I noticed Mediterranean fanworm nearby and the entire green-lipped mussel reef has been devastated by human harvesting.