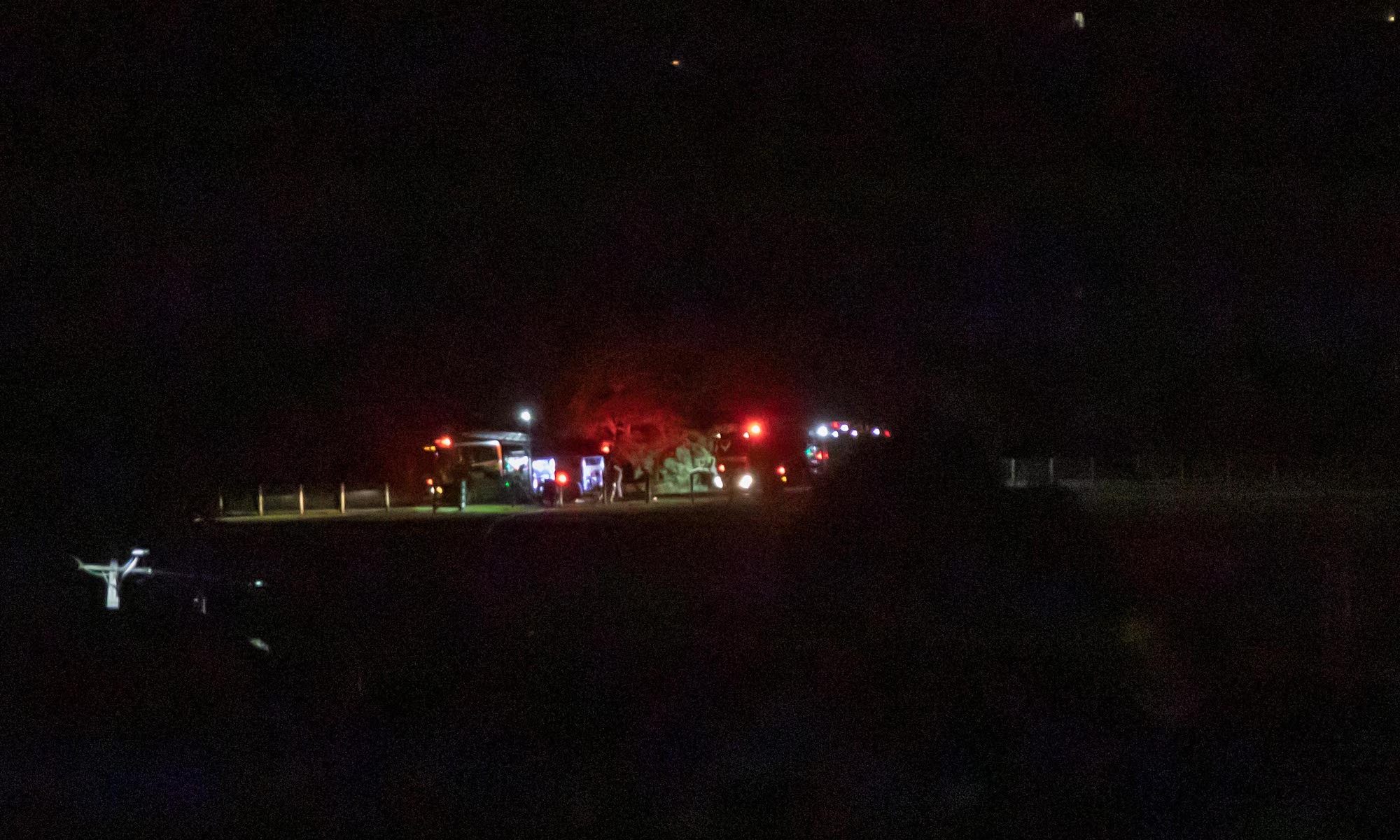 On the night of the 5th of April 2020 I noticed emergency services lights at Point England. Today I counted three areas of previously un-mowed grass on the south-eastern end that had been burnt and two partially forested areas on the northern end. The fires look like intentional arson to me, with drought conditions over hopefully we wont see any more burning. I’m very disappointed to loose some of the trees I planted. Damage to fences (including an area removed by emergency services) needs to be fixed before the dotterel breeding season begins (Auckland Council reference: 8110308091). I’m grateful to emergency services for managing the fire risk and to the mowers who have kept the tinder dry grass very short. 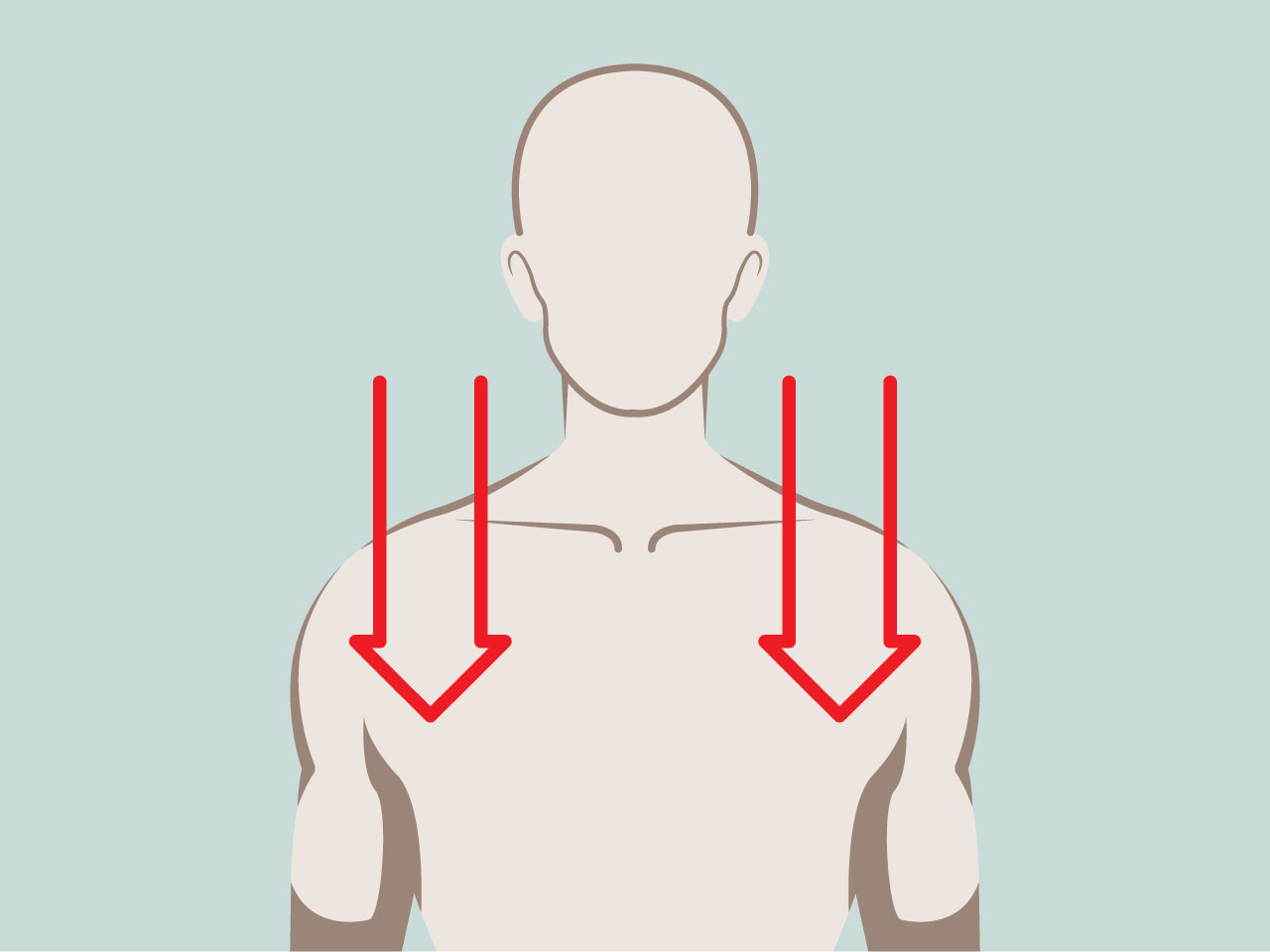 This is completely off topic but I have to blog it somewhere just incase it helps others.

For the last twenty years I have suffered from Repetitive strain injury (RSI) or Occupational overuse syndrome (OOS). It has always affected how much time I can spend working on the computer. It started in my forearm then eventually moved to my bicep which was quite debilitating.

These are the things I have tried that helped a little:

Here are the things I tried that did not work:

I now have it 100% under control and it has very little impact on my life as long as I:

These things all help with increasing blood flow to the areas where the pain was coming from. I think lack of blood flow was causing my pain. 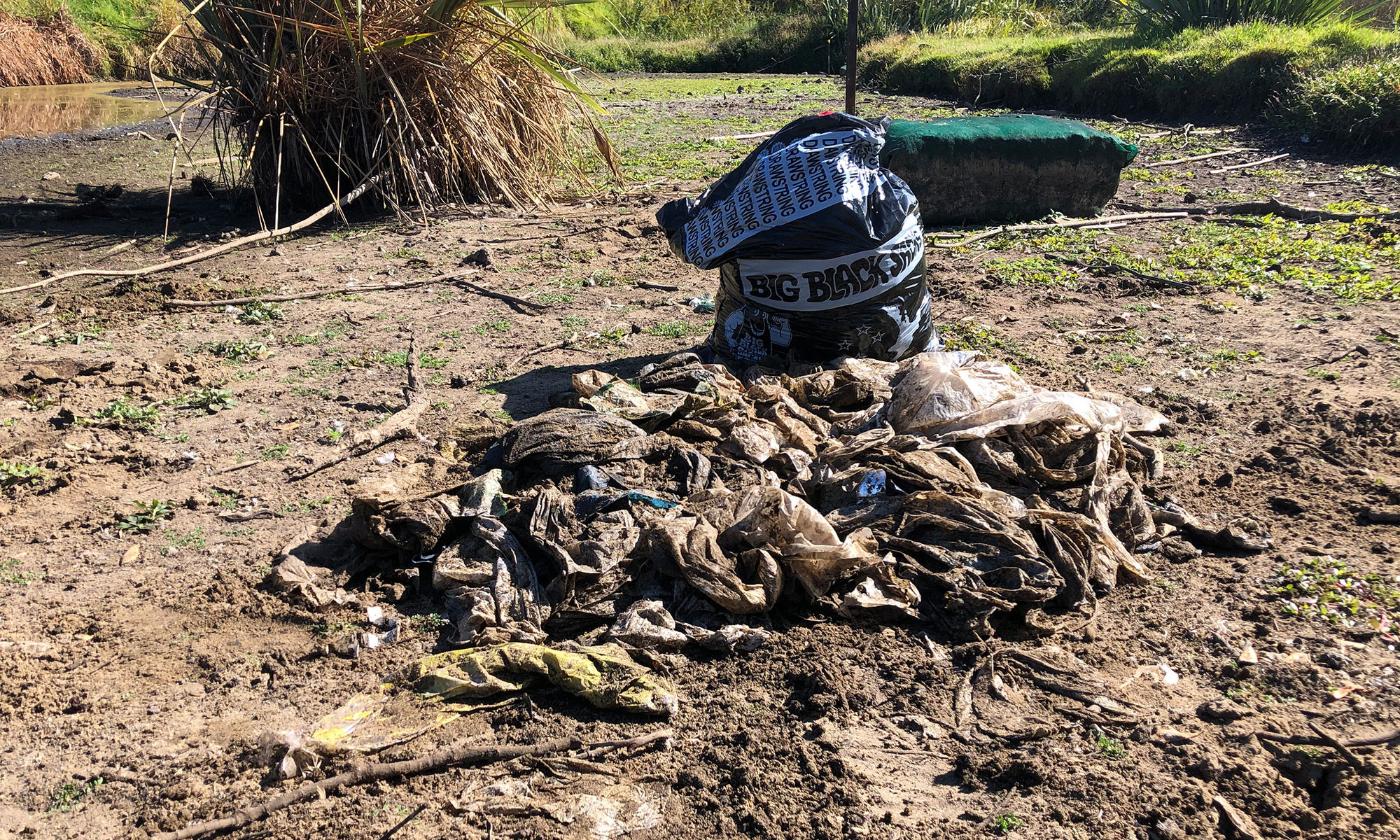 It’s nearly one week into the Covid 19 lockdown. Council were not able to retrieve dying and dead birds from the pond at Tahuna Torea. The birds have been dying from avian botulism which paralyse them (its a horrible way to go). I took a pied stilt to the vet but it did not make it and cleaned up other dead and dying geese and mallards.

While I was there I noticed a lot of trash that had become exposed, as the water was the lowest it’s been in at least 10 years. Going back to pick it up I found it was mostly bread bags taken to the pond to feed the birds. I understand the commonly known reasons for not feeding birds. But I had no idea how much plastic goes into the water as byproduct of the practice. Light can not penetrate the dark pond waters and the plastic doesn’t break down. Sediment settles on top and where ever I dug into the dried mud I found plastic.

I’ll spend a few more hours gathering it but I’ll never get it all. I’m sure other ponds are similar if not worse. As long as we keep selling bread in plastic, bird feeding will be contributing to our plastic legacy.

Bailey Tanks make their water storage tanks from plastic which comes into the business as small pellets. Since August 2017 I have seen these plastic pellets coming out of their business at 36 Ash Rd, Wiri and into the local stream where it flows into the Manuaku Harbour. I have been regularly reporting the pollution to Auckland Council who have been asking the business to clean up their act, they were fined $750 on the in May 2017 however the plastic keeps coming out.

Today (22 February 2020) I thought I would go and see if the rain would increase the amount of plastic washing to the stream. Pallets were coming but I was horrified to see the surface of the water covered in a fine plastic powder which they also use to make their products. Council job number 8260232660.

Industrial pollution is usually event based, where a business has accidentally spills something and creates a pollution incident. This kind of slow leak is much worse, I hate to think how much plastic this company has dumped into the Manukau Harbour where it poisons our wildlife.

Newsroom reporter Farah Hancock investigated the site after the February 2020 incident and reported on it.

In October 2019 I was discussing bycatch (animals killed by fishers that they can’t sell) and was referred to this website http://psc.dragonfly.co.nz/ which maps threatened seabirds, marine mammals, and turtles that are caught during commercial fishing operations. Some of the data mentions photos so I requested recent ones in the Hauraki Gulf (where I spend most of my time) from the Ministry of Fisheries. They could not just send me all the photos so I did a more detailed request, 77 days later I got the photos, they are very low resolution and have been heavily edited but it gives you a sense for how commercial fishing impacts species that are threatened with extinction.

Here is the full (and detailed) response from Fisheries New Zealand. I have uploaded the photos including fishing method to Inaturalist.nz 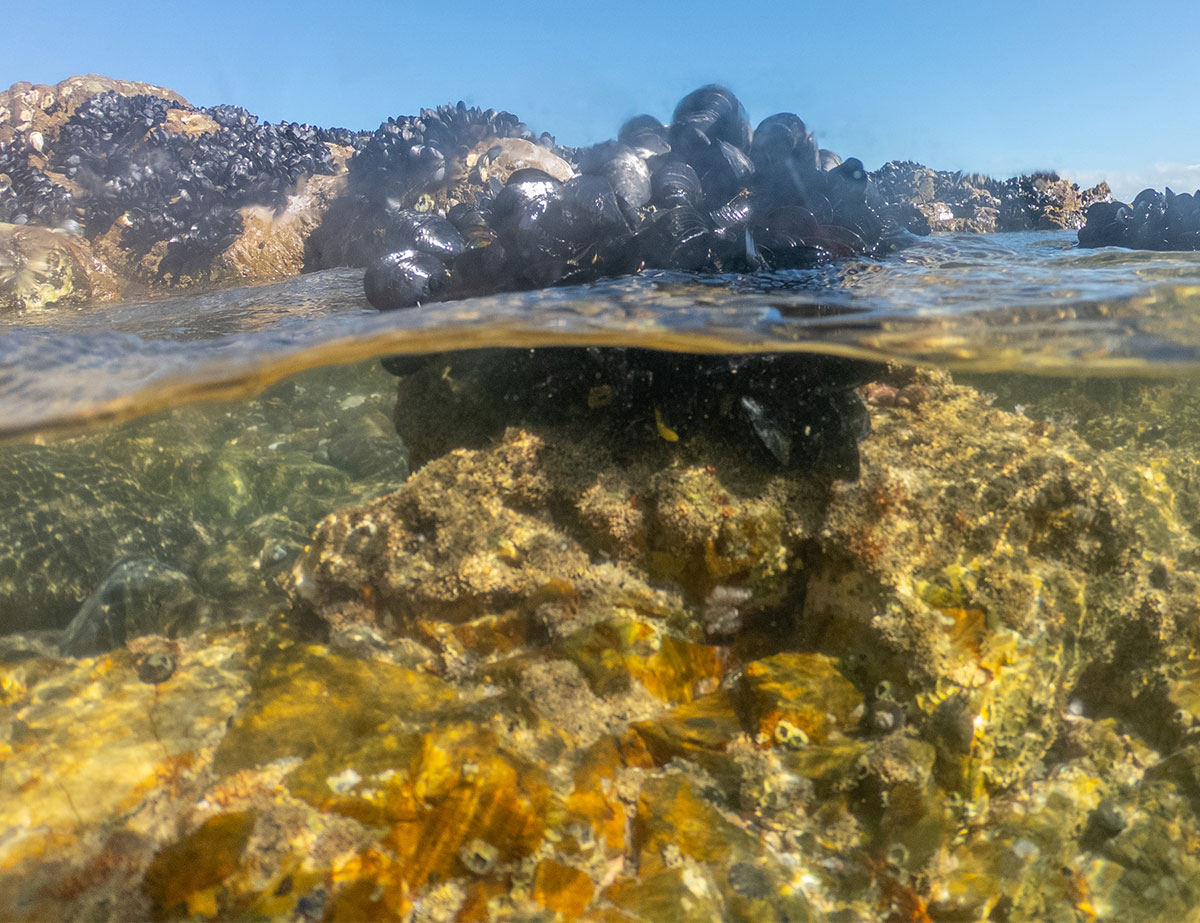 Marine restoration is a lazy business. All you have to do is stop fishing an area and marine ecosystems heal themselves. However this is not the case with green-lipped mussels in New Zealand.

100’s of square kilometres of sub-tidal mussel beds were fished to extinction in each harbour around New Zealand.

The industry collapsed and more than half a century later they have not returned. In the Hauraki Gulf there are a few places you can still find Green-lipped mussels. You would think that these places would be deep under the ocean (Green-lipped mussels have been found at 50m deep), but they are not.

Most are in the intertidal zone on rocky shores. Here there is usually a gradient with mussels thin higher up and getting thicker towards the low tide mark where the abruptly stop. I have asked several local experts and no one has a solid answer why they stop so abruptly.

As we spend 100’s of thousands of dollars restoring sub-tidal beds maybe the key to unlocking a lazier (and cheaper) solution is staring us in the face. Here are some thoughts on why the line exists:

Or maybe like a lot of things in biology it’s a mixture of the above factors. As we are slowly losing our intertidal mussel beds it might be wise to set up a long-term monitoring project that might solve this mystery and inspire lazier restoration methods. 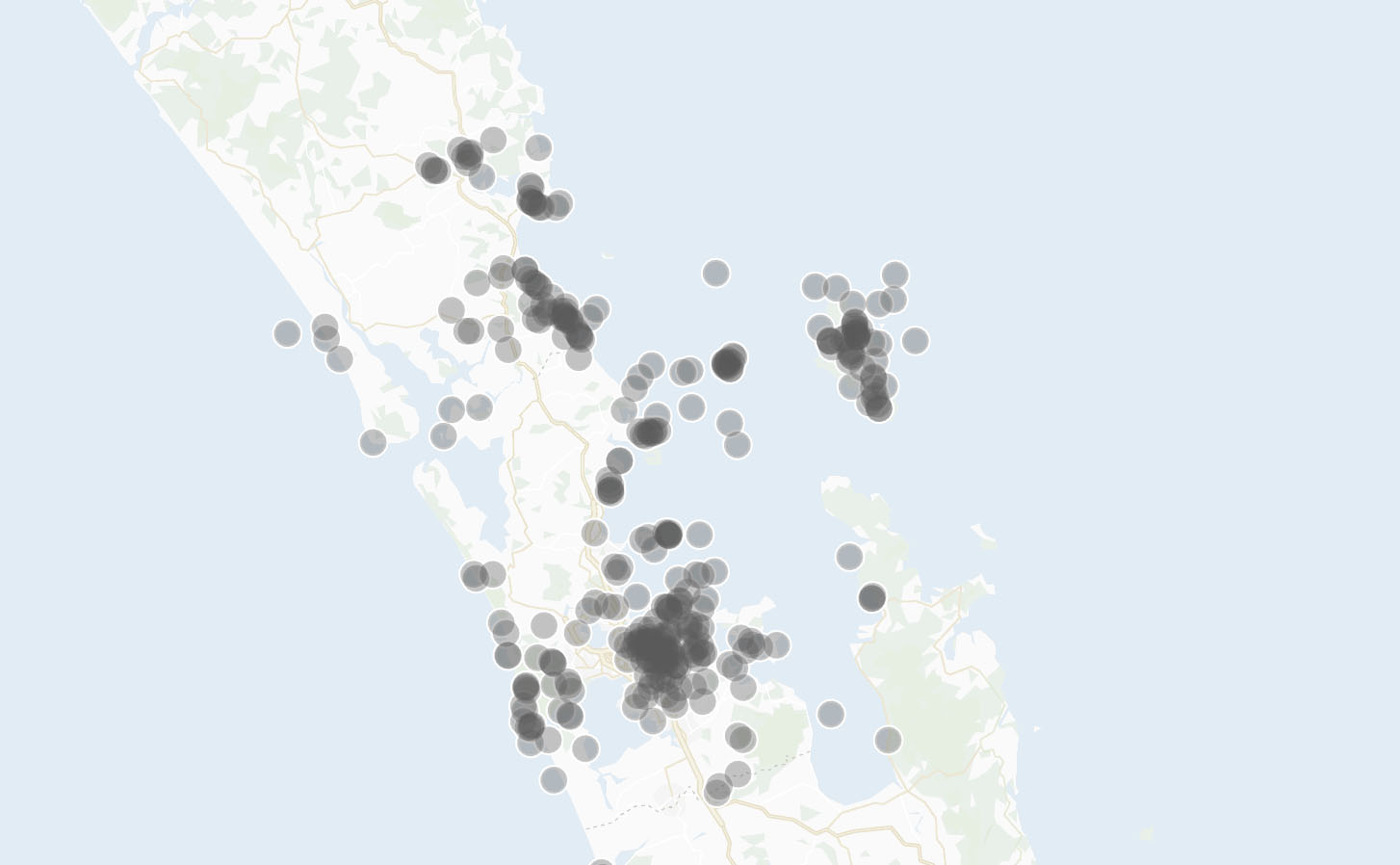 I have 1,612 verified observations on iNaturalist between Auckland and Whangarei documenting 552 species (mostly invertebrates) covering forest, freshwater, intertidal and marine habitats. I don’t take many photographs of plants. Of these observation 96 or 17% of species were introduced. Here is a break down showing areas where I have found more or less introduced species:

I expected the restored and protected islands in the Hauraki Gulf to have a smaller percent of introduced species. I think the high number of introduced species (compared to the Waitakeres and the Hunua Ranges) reflects the islands farmed history with islands like Motukorea and Motutapu still dominated by kikuyu. The larger and older the forest the more indigenous biodiversity.

I teamed up with computer and environmental scientist Jordi Tablada to build a website for identifying New Zealand animal sign. I met Jordi through the New Zealand Dotterel Forum as he looks after dotterel at Piha. We had overlapping skills and were looking for a project to collaborate on. He came to me with the idea inspired by some materials produced by another dotterel minder Emily Roberts.

Now when I spot tracks in the sand and wonder what made them I load up the website and check them against the examples. It’s working really well and I hope to expand it to include other animal sign and more species. Others are using it too, mostly due to some great press. It was inspiring to see another citizen science identification guide go live this morning which will also help on beaches. This one is for shells.

These guides join others produced by organisations like nzbirdsonline.org.nz and help users of tools like eBird and iNaturalist.nz map the diversity and abundance of New Zealand flora and fauna. 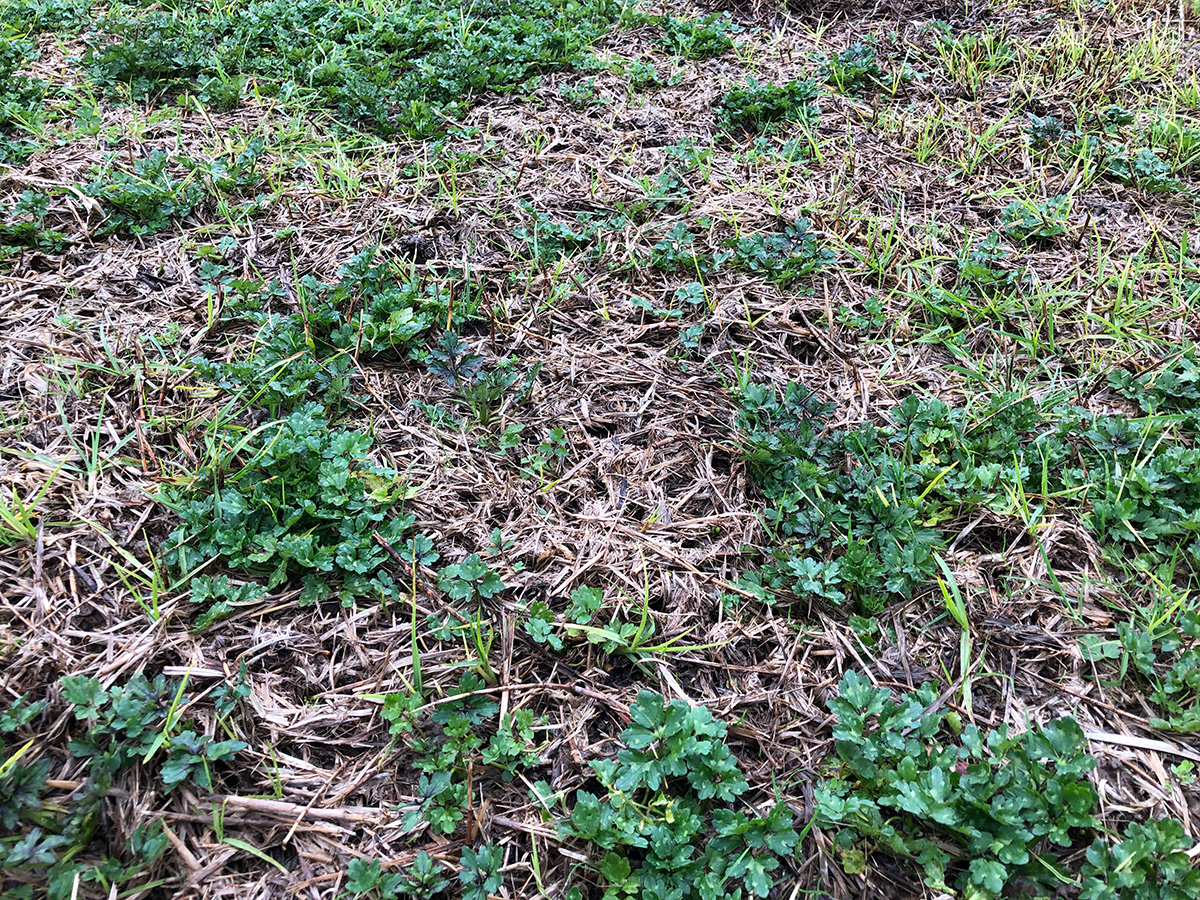