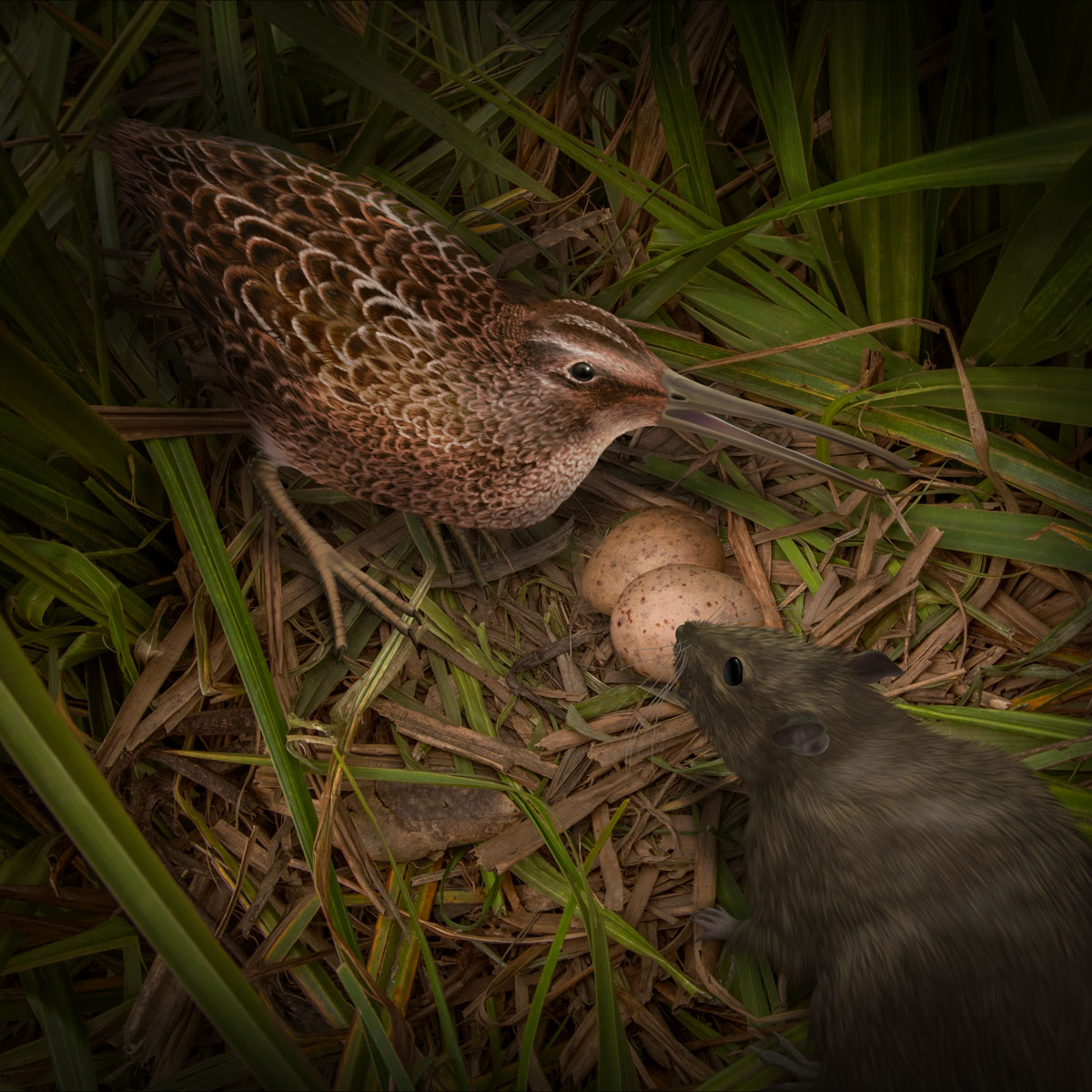 I was inspired to make this illustration of the now extinct North Island Snipe by this short paper of Mike Lee’s questioning their prehistoric mainland extinction. I have just finished reading his book Navigators and Naturalists: French Exploration of New Zealand and the South Seas (1769-1824) where he tells the stories of the first French explorers to New Zealand. In 1820 Captain Richard Cruise recorded shooting a snipe on Motukorea (Browns Island) where I monitor shorebirds now.

Māori introduced the Pacific rat kiore, which is thought to be the main driver in the extinction of the North Island Snipe. I have never seen a kiore (that I know of). It was interesting to read how the small rats were an important food source for Māori and that some coveted the larger rats bought by the Europeans.

The illustration was difficult because the only specimen of the North Island snipe has deteriorated. Colin Miskelly provided invaluable advice and corrections, I learnt a lot in the process. I’m very proud to have the image published on New Zealand Birds Online.