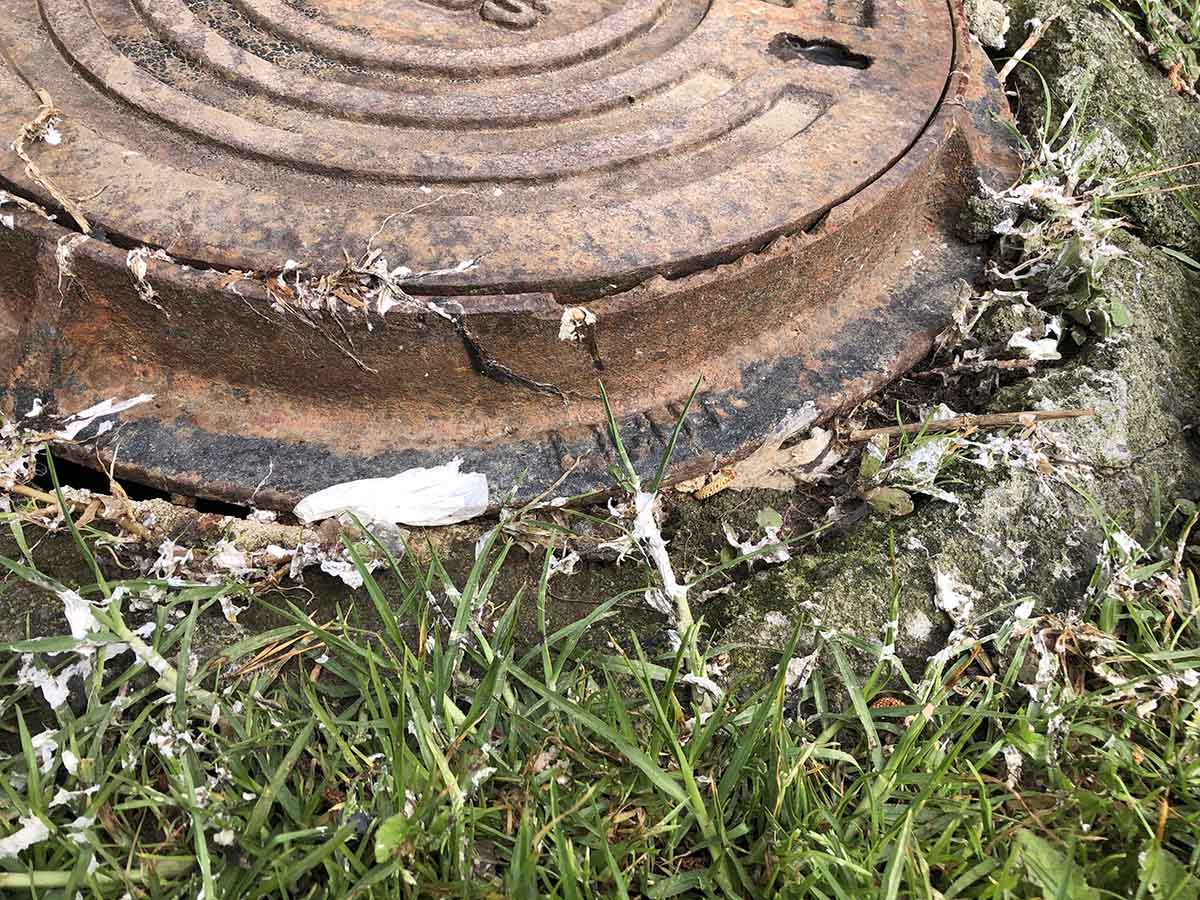 Like many Aucklanders I am sick of having my beach closed to swimming due to ‘stormwater overflows’ which is a nice way of saying ‘human poo has gone into the ocean’. Here is a graphic I made for the 2020 State of our Gulf report to explain how it happens.

Yesterday I found a manhole that had overflowed next to the Tāmaki Estuary with fragments of toilet tissue all over the public pathway. I logged the fault with Watercare (reference number of this is SR 4943060) and a contractor visited the site after dark. The verbal report I received to the public health hazard was very cavalier, I was told it would not happen again. I have asked for a written report.

UPDATE 25 Sept 2021: The Chair of the Tāmaki Estuary Protection Society has sent me this map which shows that Watercare do not consider the manhole a ‘significant overflow point’ for sewerage during heavy rain.

UPDATE 26 Sept 2021: Watercare have been very responsive, they would not give me a written report but confirmed that in the short-term there is nothing they can do to stop raw sewage from overflowing into the nature reserve / public path after heavy rain events. They said biohazards in Auckland were ‘a common problem during heavy rain’. I am appalled at their low hygiene standards. We will monitor the manhole and Watercare have offered to escalate the issue if it is ongoing.

UPDATE 28 Sept 2021: After another complaint Watercare have offered to fill holes and check for blockages Ref SR 4960390.

UPDATE 30 Oct 2021: I received a text message saying the fault has been resolved. I called to see what has been done. They explained they have added lime to to disinfect the grass, there is no blockage, and that it will probably happen again next time it rains. I can see why people dont report sewage overflows when nothing is done to fix them.

UPDATE 4 Nov 2021: The issue has been escalated by Councillor Josephine Bartley (it’s a good idea to loop your Councillor into difficult conversations with council staff). They have identified three actions which might address the issue. I have asked them to tell me:

I have also asked that Council not approve any consents that would increase stormwater or wastewater pressure on the failing infrastructure until the issue is resolved.

UPDATE 21 Mar 2022: Still failing. It’s interesting how you can smell that the manholes have popped before you see them.

UPDATE 5 April 2022: Watercare have replied with a list of actions.

They are also looking at installing a sensor inside the manhole and wrote a very polite thank you email. I repeated my request to not increase pressure on the system and will continue to monitor these manholes