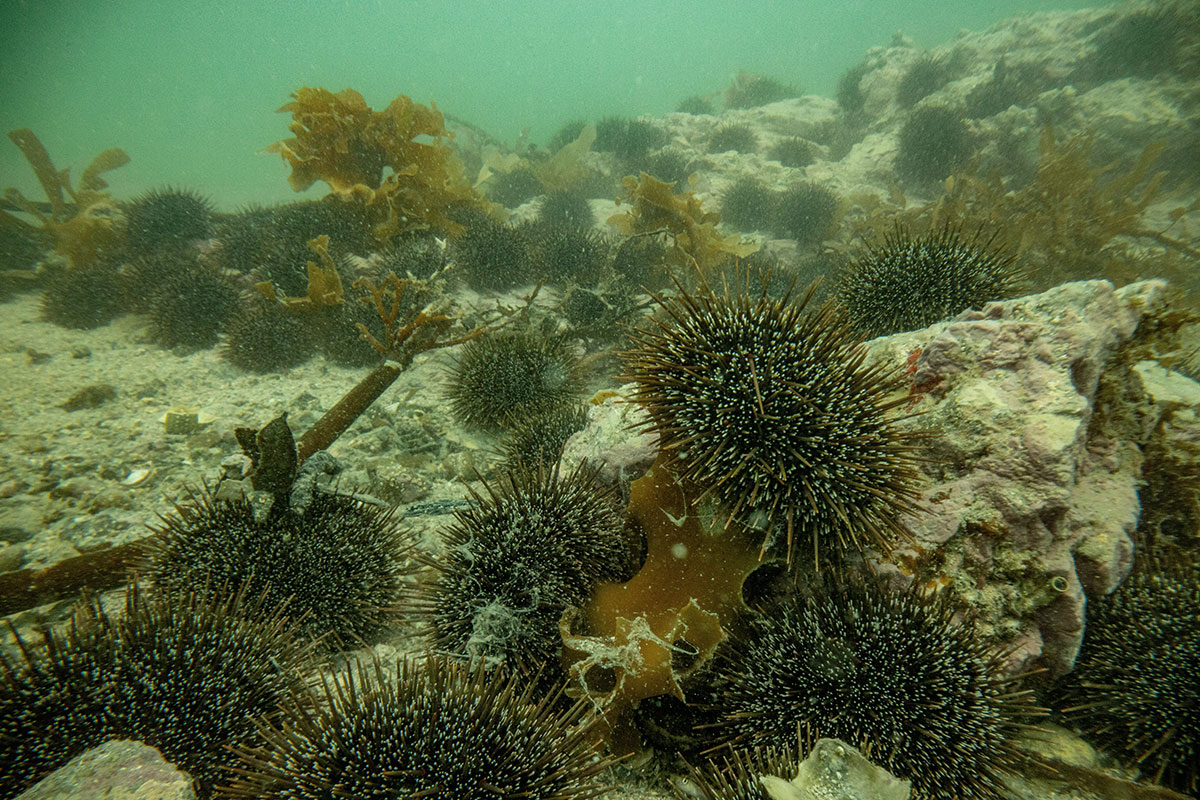 Here is my submission on the Hākaimangō – Matiatia Marine Reserve (Northwest Waiheke Island) application. Details and submission form here. Feel free to use any or all of this submission yourself and send it to: waihekeproposal@publicvoice.co.nz

There have been decades of korero about marine protection in the Hauraki Gulf / Tīkapa Moana / Te Moananui-ā-Toi. Everyone knows we urgently need more protection but the Governments proposals are too small, experimental, slow and ignore Waiheke Island.

The only concern I have about the Hākaimangō – Matiatia Marine Reserve (Northwest Waiheke Island) application is the lack of published support from iwi authorities. My understanding is that the applicants and the Department of Conservation continue to engage iwi (nine months to date), but while iwi authorities at this stage have not committed their support they are interested in dialogue and importantly they have not opposed the application. Two leading descendants of 19th century Waiheke Ngāti Paoa chiefs, Moana Clarke and Denny Thompson have expressed open support. Iwi politics in the Treaty settlement era are complex and difficult for me as a pakeha to understand. I am concerned about the considerable expectations put on Māori. If we limit our support to co-designed or iwi led marine reserve applications we would be burdening iwi with a responsibility for marine heath they do not seem to be resourced to implement. There are no published concerns about the proposal from iwi. 77% of Māori support 30% marine protection in the Gulf (Hauraki Gulf Forum Poll 2021). I hope that the iwi leaders will put the mauri / lifeforce of the HGMP first and support the application. In the meantime the cautious approach of iwi authorities is no reason not to support the application. If any iwi do have concerns we should take great care to hear and work through those concerns, they have significant rights as mana moana.

UPDATE 28 February. A local iwi body the Ngāti Paoa Trust Board are supporting the application.

1. We don’t have enough protection. A tiny 0.33% of the Hauraki Gulf Marine Park (HGMP) is fully protected from fishing, the governments Revitalising the Gulf plan will hopefully increase this area to 0.575% by late 2024 (Revitalising the Gulf 2021). The other forms of protection suggested in the plan all involve some kind of fishing. We need places where with intact ecosystems where our taonga and heritage don’t get eaten. The proposed Hākaimangō – Matiatia Marine Reserve is a significant addition at 0.195% of the HGMP. All the proposed protections need to be actioned as soon as possible to reverse the decline of biodiversity and abundance in the HGMP (State of our Gulf 2020). If all the proposals are accepted only 6.7% of the HGMP will be protected from fishing (excluding cable zones which are not designed to protect biodiversity). We will need many more proposals to meet the Hauraki Gulf Forums goal of 30% protected.

2. It’s long term. Rāhui enacted through section 186 of the Fisheries Act only last for two years. This is not the right tool to use to sustain large breeding animals live for more than 50years. Tāmure / Snapper can live to at least 60 years of age (Parsons et. al. 2014).

3. It’s big. For decades scientists have been telling us that our marine reserves are not big enough to protect wildlife from the edge effect. If approved at 2,350 ha Hākaimangō – Matiatia would be the largest marine reserve in the HGMP.

4. It’s in a great spot. The site covers an ecological transition zone between the waters of the inner and outer Gulf. The inner Gulf is slightly cooler, more turbid, shallower, low energy (sheltered by a screen of islands including Waiheke Island) compared to the outer Gulf which is deeper, warmer, clearer and comparatively high energy marine environment. The site was select by marine biologist Dr Tim Haggitt after doing extensive surveys around Waiheke Island in 2015. The area is geologically remarkable for its extensive underwater platforms and terraces, the diversity in physical habitat is reflected in the flora and fauna.

5. There are plants and animals left worth protecting. Functionally extinct species like Kōura / Crayfish (Jasus edwardsii & Jasus verreauxi) are still found in the area so the recovery time here will be faster than other overfished areas of the HGMP.

7. Fishing on the boundary will be awesome. The proposed marine reserve is big enough for people to fish the borders with a clear conscience. Fishing here will be popular with many big fish leaving the area (See Halpern et. al. 2009 on spillover).

8. People want marine reserves. Marine reserve support is strong and getting stronger. On island support for marine protected areas from island residents was 67% with off-island ratepayers at 54% in 2015. A 2021 poll by the Hauraki Gulf Forum shows general support for 30% protection at 77% with only 5% opposition. The poll showed no difference in support from Māori.

9. It’s a great cultural fit. Most people who live on Waiheke Island really care about the environment. Conservation values are strong across the different local communities.

10. It will be great for education. The marine reserve will create much richer outdoor education opportunities for the young and old people of Waiheke and Auckland. Rangitahi in particular will benefit from being able to experience an intact marine ecosystem. Te Matuku Marine Reserve is less suitable for education because the water clarity is dramatically impacted by sediment.

11. Resilience to climate change. By maximising biodiversity and abundance the marine reserve will protect the HGMP from climate change impacts, particularly heatwaves, invasive species and ocean acidification. Marine reserves are like insurance against uncertainty.

12. Improving the economy via commercial fisheries. Juvenile Tāmure / Snapper leaving the Cape Rodney to Okakari Point (Goat Island/Leigh) Marine Reserve boosted the commercial fishery by $NZ 1.49 million per annum (Qu et. al. 2021). Auckland University found 10.6% of juvenile snapper found throughout the Gulf – up to 55 km away were sourced from from this one marine reserve. The researchers found economic benefits to the recreational fishery are even more substantial.  There are other commercially fished species in the area The proposed marine reserve is four times bigger than the Goat Island reserve.

13. A benchmark. No harm marine reserves provide a reference point for assessing the impacts of our activities elsewhere. “As kaitiaki in the broadest sense, we have an obligation to preserve natural examples of marine ecosystems” – State of our Gulf 2020. Data obtained from marine reserve monitoring compliments fisheries information and matauranga Māori to help us understand environmental change.

14. Science. Marine reserves are a natural laboratory. They have contributed massively to our understanding of marine ecology and ecological processes. Many of our leading marine scientist studied and conducted research in marine reserves at Leigh, Tāwharanui, Hahei and elsewhere. Of course the Marine Reserves Act expressly recognises the scientific importance of marine reserves. Scientific research is an over-riding priority in the Act,

15. Tourism benefits. The marine reserve will add to the growing ecotourism opportunities on Waiheke Island. It complements the $10.9 million dollar investment in Predator Free Waiheke (Predator Free 2050 Limited 2021) which has a vision to become the world’s largest predator-free urban island. The marine reserve will be much cheaper to create and maintain and will deliver a mountains to the sea nature experience.

16. Return on investment. The Cape Rodney to Okakari Point Marine Reserve (Goat Island) generated $18.6 million for the local economy in 2008 at a cost of about $70,000 for the Department of Conservation (State of our Gulf 2020).

The Hauraki Gulf / Tīkapa Moana / Te Moananui-ā-Toi can not afford to have this application sit on a shelf waiting for stronger political leaders. Please start the process of creating the Hākaimangō – Matiatia Marine Reserve and healing the wider area as soon as possible.