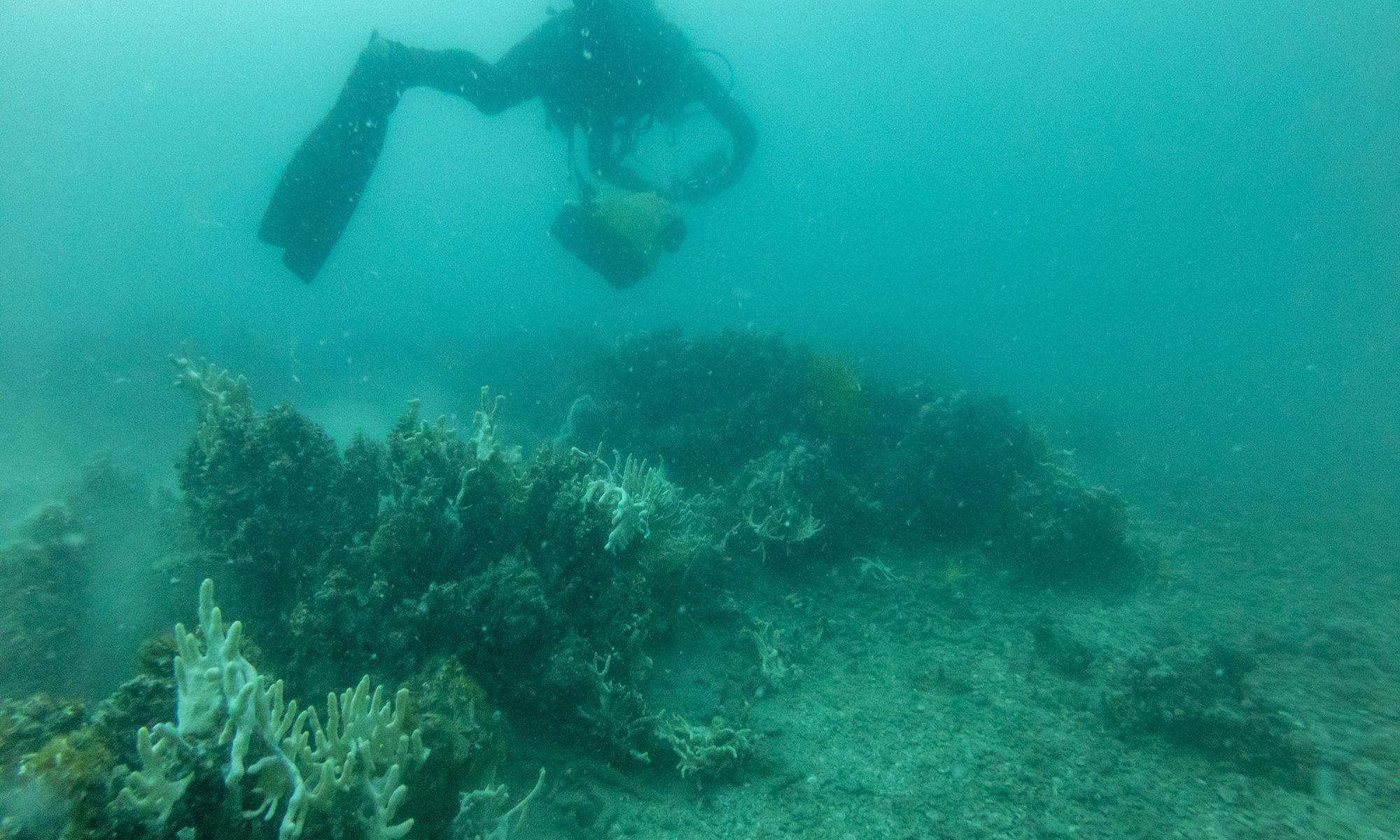 I was pleased to read about Dr Mark Morrison’s 2020 discovery of tubeworms colonies in the Hauraki Gulf. The Marine Park has been heavily impacted by bottom impact fishing and epi-benthic biogenic habitat is now hard to find. I wanted to see what the tubeworm colonies looked like and how the wildlife differed from degraded seafloor.

I was therefore very excited to be invited on an expedition to inspect some tubeworm mounds discovered by Shane Kelly and Carina Sim-Smith near Moturua Island. They were relatively deep at about 25 meters whereas Mark Morrison’s ones were in the 12-22 meter range. The conditions were perfect with no wind and clear skies. We descended very quickly into the dark as we knew at that depth we would only have about half an hour to explore the area.

I was stunned at the size of the mounds, they rose up to nearly a meter from the seafloor (much taller than any shellfish bed) and reminded me of coral reefs. Tubeworms grow in a similar way to coral, layering their calcareous skeleton homes upon each other as they filter feed and grow upwards. And just like some corals when I got about half a meter away from the tubeworms they retracted their red tentacles in a Mexican wave across the mound, it was really beautiful and I should have made a video of it.

The diversity was incredible, I was amazed at the amount of filter feeding colonial epifauna growing on the mounds. I wondered if the sponges, ascidians, anemones (which are also filter feeders) were competing with the tubeworms or if the relationships were commensal.

I don’t know the surrounding area but I was surprised to see so many fish including a young sandagers wrasse. This conger eel living in the mounds was a real highlight and I wish I had gotten a better photo. Goatfish were the most abundant fish species.

While the scientists collected a few specimens for identification I took two minutes to record a video which I later converted into an orthomoasic map using this technique (which I am still polishing). The map revealed an interesting pattern similar to that made by restored mussels as they clump together over time. It would be good to validate it by mapping more filter feeding structures.

The fragile mounds are easily damaged by dredges and trawlers, it’s likely that fear of catching gear on anchors from the adjacent mussel farm has protected the beds. The experience has me wondering what a huge protected tubeworm colony might look like, and how can we make more of these incredible structures.