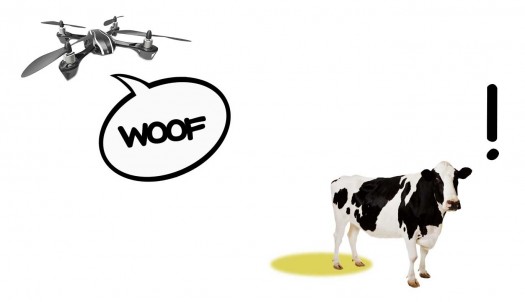 In this post I discuss solutions to New Zealand’s nitrogen pollution issue.

While I was at Gather yesterday I had two more ideas.

1. Barking Drones
Drones can already herd sheep. I’m sure if they barked they could herd cows. Moving cow campsites every night would distribute the Critical Source Areas (CSAs) and have a significant impact. A really smart drone might even be able to move an individual cow three meters south east to avoid an existing urine patch or move them mid-event!

2. Top-dressing Drones
Instead of one large chemical dump, drones could be used to distribute tiny payloads to targeted sites. They could be solar powered and use the internet to predict rainfall.

There is no reason the same drone could not do both jobs. They would both build a map of nitrogen distribution over time… smart farming.

UPDATE
With rotational grazing on Dairy farms the campsites are less of an issues. So braking drones would be best used in Beef farms or run off areas (dry stock).

I did the math on using a splash drone (all weather) for fertiliser application:

So you would need 1.3 drone stations on the average farm, but the hope is that with regular and targeted applications volume can drop dramatically. It would require a very large solar array, maybe a 20K system with big batteries if you are flying at night.