I have been visiting various Auckland catchments and photographing them for local business pollution prevention programs. Outputs below: 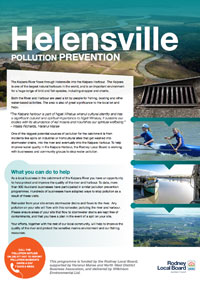 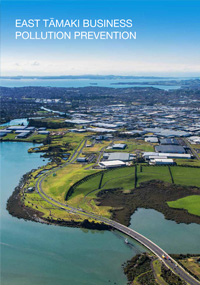 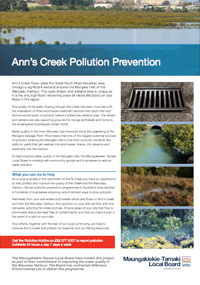 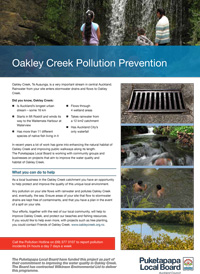 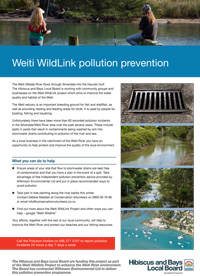 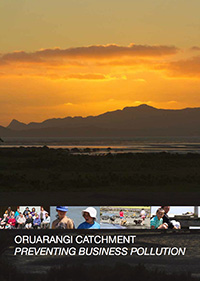 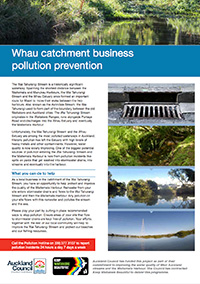 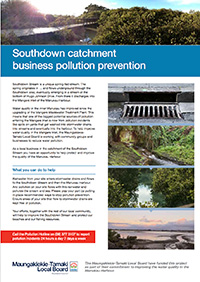 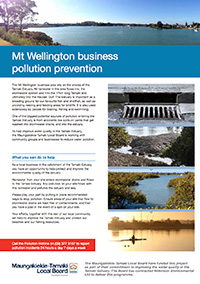 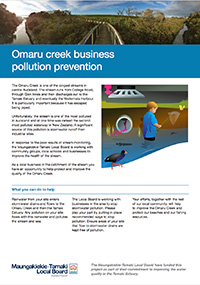 My son and I were taking photos on the Whau river for an upcoming business pollution prevention campaign, when we found 5 dead ducks, 1 dead Pukeko and this one partially paralysed duck. I called the councils hotline (09 377 310) and they sent someone out straight away, the scientist thinks it’s Avian Botulism. It looks like Pukeko can be affected (NZ Herald Link). So the only things that don’t match are that (as you can see in this photo) the ducks legs were paralysed and it could move its head just fine. Also the water is moving, tho maybe it’s stagnant further upstream. Case #14/0954

PROBLEM
Nitrogen leaching is a serious problem for NZ waterways. The main contributor is cow urine.

PREVIOUS/ EXISTING SOLUTIONS
There are lots of best practise management techniques partially employed around the country to manage the problem. Everything from fencing and effluent storage/reapplication to using nitrogen inhibitors. However its clearly hard work & expensive which is why the Govt recently threw $130M at the problem.

B). Regularly in small amounts.

INSIGHT
If cows had smaller bladders they would spread the load more evenly and the pasture system could process more urine/nitrogen. (To a lesser extent walking whilst urinating would also help).

B). The health of the cow (cystitis).

SOLUTION A
Start selectively breeding or genetically engineering cows with a small bladder. (Takes too long but is the best long-term solution)

SOLUTION B
Surgically reduce the size cows bladders. (Too expensive) But what about fitting a catheter? Bypassing the sphincter muscles.

SOLUTION C
If you fill the cows bladder with something to reduce its size the bladder might just expand, the muscle we want to control is the sphincter. So how do you make the cow want to pee all the time? Farmers might have ideas but apparently you can do it by rubbing! Maybe a solar powered gadget that emitts an electric impulse to stimulate the cow?

SOLUTION E
A disperser, is doubling the size of the patch enough?

They are gathering data on the volume and concentration (nitrogen) of events. Facts from the show:

SOLUTION F
An interesting idea mentioned on the show. Adding salt to the cows diet would increase water consumption and dilute the N. Most water on farms is used for irrigation so in theory this would just be a small divergence in delivery. I guess the effects soil and milk salinisation need to be tested.

UPDATE:
After reading a lot of awesome research by Keith Betteridge on the subject, there is one major factor I had not considered. Cows pee in the night! Also the early morning urinations are particularly high in N. Keith refers to the cow campsites as Critical Source Areas (CSAs).

SOLUTION G
If I was reprogramming cows I would tell them “If walking then pee a little bit”. That would move events away from CSAs. However it would involve them having to get up in the night for a stroll quite a bit. The cow could be fitted with a dielectric elastomer so when the cow walked a small current was sent to a medically inserted stent which would force its urinary sphincter open so it leaked. However the cow would still be able to control its bladder the rest of the time, this is important so that it does not rupture its bladder in the night. The alternative means the cow leaks in its sleep which will not dilute the CSAs.

I found this old thing on my hard-drive. Might help me get focused.

I think the obvious answer is a wetland because those environments were hardest hit buy farmers. Tho interestingly I do not know much about threatened wetland species. Our rivers and shorelines face a lot of commercial & recreational pressure. A wetland also sits at an interesting intersection:

It would be magic if I could fill all three buckets with one hose.

The 2013 Marine Report Cards are in. These report cards are awesome. We have dropped from a D to an E. The water quality and ecology have gotten worse, but this has inspired TEEF who plan to get more active. Yay!

After initially asking the council to fence a gully at Pt England reserve to reduce erosion. I have since found NZ Dotterel and Shore Plover there.

I taked to specialists at the Ornithological Society & DOC. Then today I did a Presentation to the Tamaki Estuary Environmental Forum. Everyone was very excited and wants to help.

Now I need to socialise some designs and forge ahead. It looks like getting permission and $ should be relatively easy.


Tried using Mylar but it curled exactly the wrong way. Ironing helped but it did warp a little. 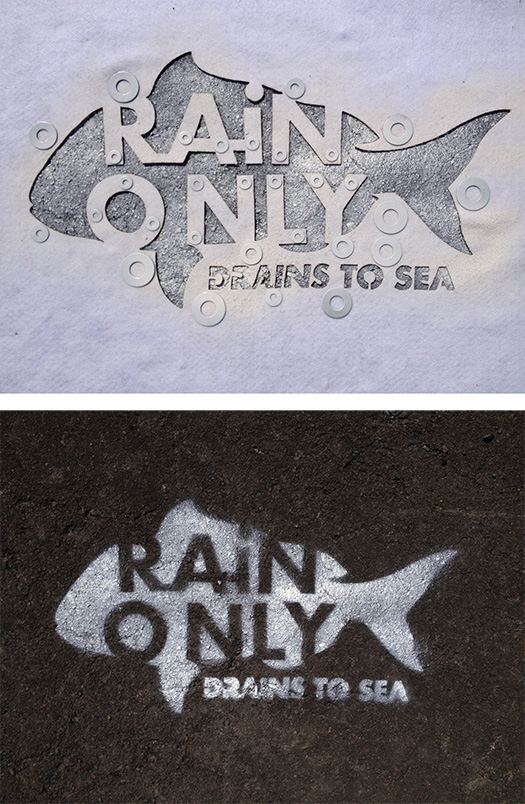 Even the thinner felt works, tho not quite as well, should probably have added more washers to this one.

Here is the digital file if anyone wants to signpost their own storm water drains.

Nurdles collected (between May-Jun 2013) and sent to pelletwatch.org

REPORT
Due to the close proximity of the samples, we have chosen 2 out of the 4 samples you sent us based on location and plastic pellet conditions. 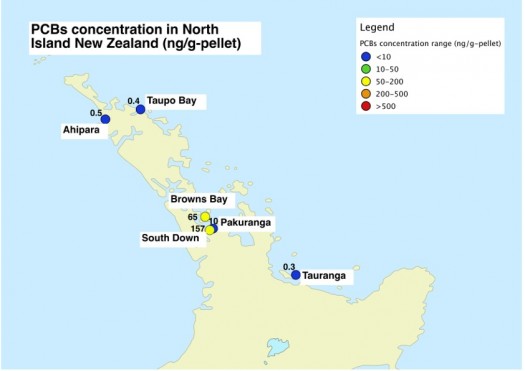 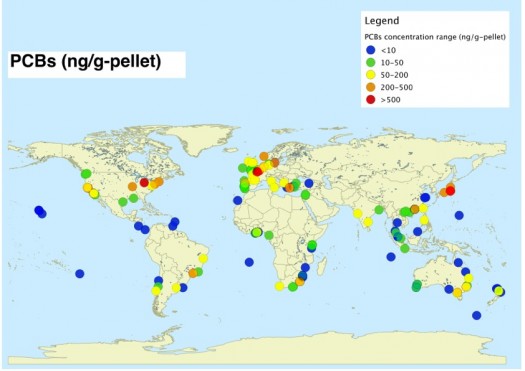 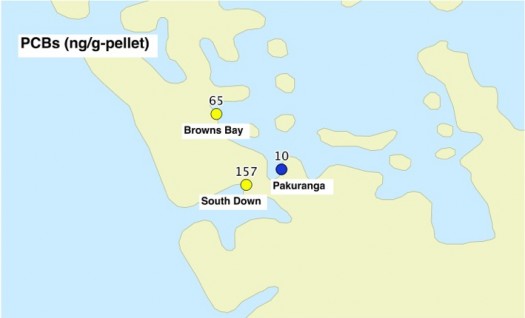 PCBs are industrial and electronic chemicals, which has been banned from use in the late 70’s to 80’s. However, this chemical can still persist in the environment. We observed moderately high concentration in Southdown with 157 ng/g-pellet which coincides with a previously analyzed sample in Auckland (Browns Bay) with 65 ng/g-pellet also categorized moderately polluted (refer to PCBs NZ) However, Pakuranga, which is on the other side of the bay shows low concentration with 9.8 ng/g-pellet (rounded up to 10 ng/g-pellet in the maps) which can be categories as non-locally polluted. This could be due to the nature of the sampling sites where Southdown is an industrial area compared to Pakuranga which is more of a residential area. Compared to global concentration (refer to PCBs world) pollution status in New Zealand is moderate to low. Red spots in the global map show extremely polluted hotspots. 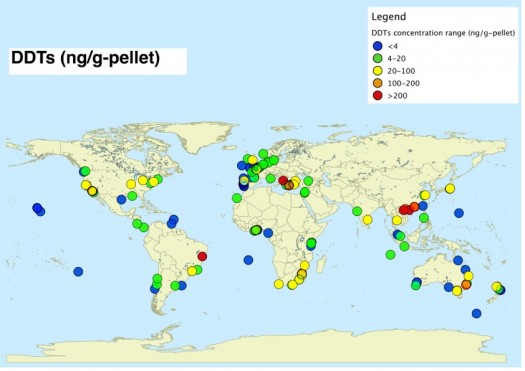 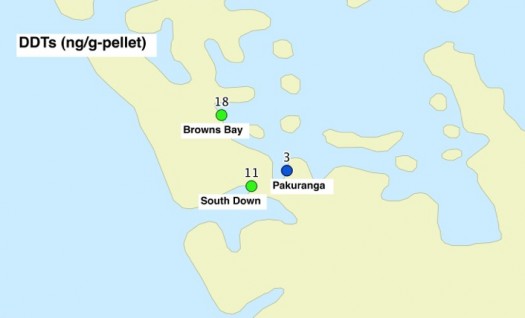 A similar trend is observed with DDTs, which are pesticides also no longer in use. Southdown shows higher concentration with 11ng/g-pellet compared to Pakuranga with only 3 ng/g-pellet. In comparison with developing countries (refer to DDTs world) where DDTs were used for vector control, DDTs concentration in your samples are categories as lightly polluted and non-locally polluted for Southdown and Pakuranga respectively. 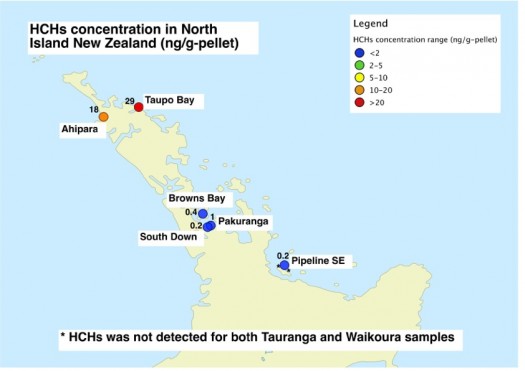 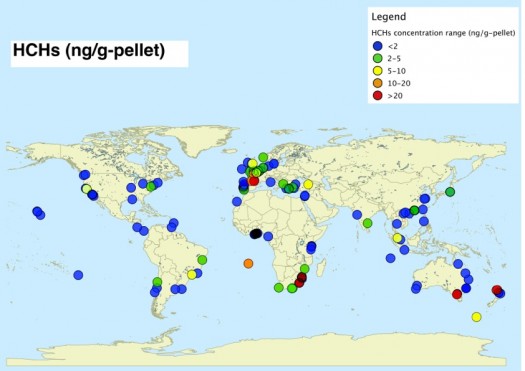 As for HCHs, which is also a pesticide no longer in use, concentrations were low for both sites with 0.2 ng/g-pellet and 1 ng/g-pellet for Southdown and Pakuranga respectively which coincides with Browns Bay, 0.4 ng/g-pellet (Refer to HCHs NZ) suggesting no recent usage of the pesticide. However, from the same map you can observe high concentrations of HCHs north of the island (Taupo Bay and Ahipara). These seem to be agricultural sites, which may still be using the pesticide Lindane. Lastly, PAHs which are found in petroleum or crude oil products and combustion products generated from combusting fossil fuel and biomass, concentrations were low for both sites with 405 ng/g-pellet and 247 ng/g-pellet. These can be considered background levels mostly from combustion such as vehicle exhaust and power plant followed by atmospheric transport. From the global map of PAHs (refer to PAHs global), extremely high concentration of PAHs can be observed from the other areas in New Zealand. That is an example of oil pollution from the Rena oil spill case off the coast of Tauranga in Oct 2011. So… Looks like we are ok for Pesticides (DDTs and HCHs) and PAHs. The PCBs in Southdown worry me. I will look further into that. It’s horrible that the ocean is full of these little poison pills, I am glad the ones I collected will not end up in any fish or birds.

Major spill of industrial Dye here. Article on it here. So sad to visit, stench from the Jack Links (Beef Snacks) plant did not help.